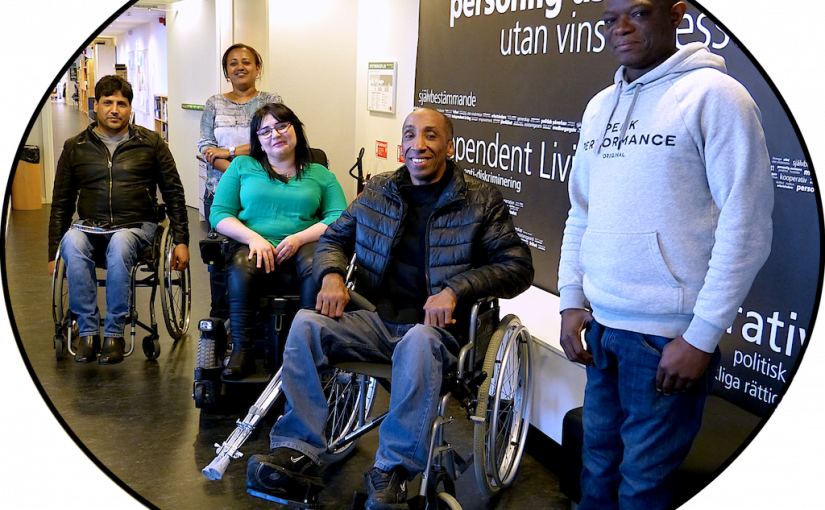 Sweden has laws and regulations that are meant to ensure that asylum seekers are guaranteed a legally certain asylum procedure. Everyone is to have their case thoroughly tried by competent authorities. With this perspective Sweden could be seen as a good example compared to other EU countries. However, experiences shared by disabled asylum seekers with DRW reveal that the system fails them.

The system has enormous gaps in regards to the disability perspective, failing to guarantee legal certainty for asylum seekers with disabilities.

First of all Migration Agency is not detecting disability at an early stage in the asylum process. The consequences of this negligence causes other problems to arise such as:

Another structural limitation is that health checks are not designed to assess asylum seekers with non normative abilities that are not visible. Consequently these persons face health  deterioration and suffering, as well as various problems such as decreased motivation and life quality.

Asylum seekers with disabilities are also in disadvantage in relation to the new policies for family reunification. Lack of accessible information has caused people to miss the three month deadline after granted asylum for bringing family members to Sweden. Having missed the three months deadline leaves people having to apply for family reunification. The requirements for reunification are then conditioned with maintenance allowance that would cover all family members, employment and housing big enough for all family members which are impossible to meet for persons who have not even accessed accessible Swedish language courses,  accessible employment programs or accessible Swedish orientation. This could even be seen as discriminatory treatment as other asylum seekers have accessed and enjoyed the establishment programs offered in Sweden.

Asylum seekers have very limited rights under the asylum process, for instance they do not have right to qualified social services or to personal assistance. The lack of accessible transportation carries consequences that affects the asylum cases who miss doctors appointments or appointments with case workers. Asylum seekers with non normative abilities often get assigned housing located far away from cities and services and even inaccessible housing making their lives unbearable.

Asylum seekers testify of not having been sufficiently heard, that they have been distrusted for no reason when asking for social services including personal assistance or for more information about their cases. Some have not been able to understand issues on hand because of interpreters not having the capacity to interpret in sign language or in the asylum seekers mother tongue.

DRWs observations show a need for change in the system in order to guarantee migrants with non normative abilities the right to legal certainty. Suggestion for change are found later on in the DRW demands.

According to the Stockholms Läns Landsting – Transkullturellt centrums manual “Kultur, kontext och psykiatrisk diagnostik” migration represents a major process of change and a stress inducing factor. Regular social activities and closeness with family members has shown to have a positive impact in the levels of trauma symptoms. Implications that long term social defeats and stress might increase the risk for psychosis are even described in the manual.

Isolation during the asylum process is a known factor and generally predominant for all migrants. Regarding migrants with non-normative abilities, isolation intensifies in cases where there is a lack of accessible transportation for wheelchair users, accessible Swedish language education and accessible social activities and leisure.

The situation for asylum seekers with disabilities needs to be understood through a critical perspective. Structural conditions given to all asylum seekers is at a minimum standard and from an ableist standpoint. Obstacles that arise for migrants with non-normative abilities are found within both the asylum procedure and process. Therefore the exposure to long term uncertainty, isolation, lack of social security support and networks intensifies because of the conditions given to migrants with non normative abilities. This is leading to negative humanitarian consequences that could have been avoided through a better migration law and reception policies.

Summary of obstacles found by disabled asylum seekers during asylum process in Sweden.