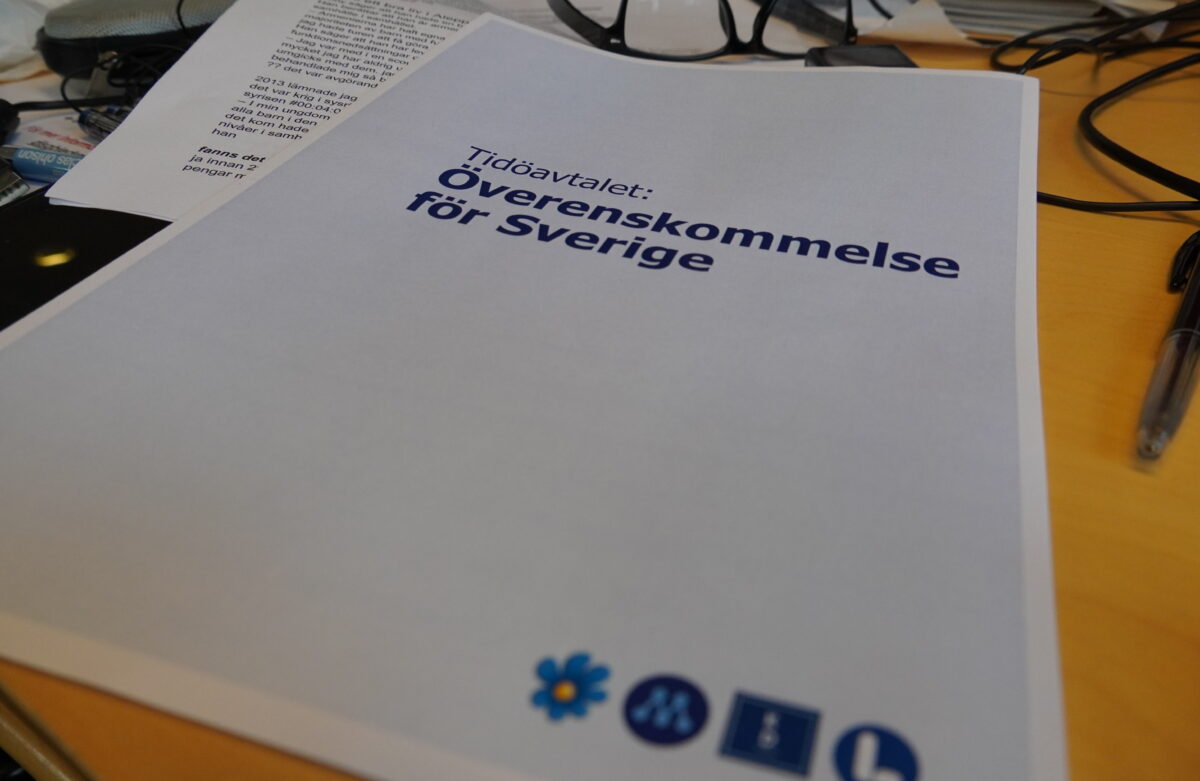 Some weeks ago, Mari Siilsalus published a critical analysis of the Tidö Agreement (Swedish: Tidöavlet) on the homepage. The Tidö Agreement is the agreement between the governing parties in the swedish parliament with the Sweden Democrats and it is largly about heavily reduced immigration and placing significantly higher demands on each individual newcomer. Mari is far from being alone with her critique and in the following, we have gathered some of the other voices as well as further links to articles.

We, in the project, understand that talks and writings about the Tidö Agreement can cause concern and fear among many participants of the project. But first of all, we think that it is better to read and to try to understand what is happening than to live in uncertainty and to risk becoming a victim of rumours that are not true. Secondly, we would like to remind that the Tidö Agreement contains proposals and that it is a long way from proposal to law changes beibg implemented. Speaking of this, Flyktinggruppernas Riskråd has written the following in their discussion article (which is signed by over 20 organisations):

We know that the proposal in the Tidö Agreement is real and scary for many. But we want to take the opportunity to tell anyone who feels threatened that these proposals have not yet become law. It takes time to create laws and there are going to be disputes over these proposals. Many are going to protest. Some of the proposals are not going to be implemented as they contradict EU laws as well as international agreements which Sweden has signed. It is serious though, which is why we need to protest before the proposals become reality.

Funktionsrätt Sverige: “Difficult to ever have a safe life in Sweden”

Funktionsrätt Sweden, which is an association of more than 40 different Disability Rights associations, argues that the agreement pits groups against each other and addresses in a critical text several points of the agreement. Among other things, Swedish citizenship is proposed to be made conditional on “the ability to be self-sufficient.” Nicklas Mårtensson, the secretary general, says that “this would make it difficult for many refugees and newcomers with disabilities to ever have a secure life in Sweden.”

Funktionsrätt Sverige also questions the fact that the Tidö Agreement exemplifies a lack of good conduct (Swedish: bristande vandel), with substance misuse. Substance misuse, they write, “is a common symptom in people who suffer from mental illness or who live with neuropsychiatric disabilities such as ADHD or obsessive-compulsive disorder”. They also mention refugees with post-traumatic stress disorder in that context.
Read the entire Funktionsrätt Sverige text here.

The most comprehensive analysis of the agreement from a rights-perspective has probably been done by Civil Rights Defenders. This is what the organisation writes in its introductory summary:

“As a human rights organisation, we are very concerned about the contents of the Tidö Agreement. The Agreement lacks a rights-based approach. It contains a series of measures that clearly violate the human rights standards by which Sweden is bound and undermine the rule of law and our democracy.”

The Independent Living Institute’s online publication Assistanskoll.se has a summary on how the Tidö Agreement affects people who have or need personal assistance, and it has been a hotly debated topic among interviewees in recent weeks.